A high pressure system became established over the UK from the beginning of the week, bringing mild, settled conditions with 19-20°C recorded locally on 9th. Such conditions were clearly conducive to migration and several early summer visitors were found, along with the reappearance of a potential ‘mega’ from the east.

Wildfowl numbers were noticeably down but the red colour-ringed Marbled Duck remained at Stanwick GP until at least 12th, when up to eight Pintails were there, a pair of Red-crested Pochards visited Ditchford GP on 13th and both the drake Scaup and the long-staying Long-tailed Duck were still on Thrapston GP’s Town Lake on 9th. Similarly, the Long-tailed Duck remained Earls Barton GP on Mary’s Lake until at least 11th, the only Smew reported were single drakes at Ravensthorpe Res on 8th and Stanwick GP on 12th, while the female Red-breasted Merganser was still at Stanford Res on 11th. Goosanders were reported only from Stanford Res, Stanwick GP and Daventry CP, with a maximum of nine at the latter site on 9th.

The wintering juvenile Great Northern Diver continued its protracted stay at Pitsford Res until at least 11th while the only locality at which Great White Egrets were reported was Summer Leys LNR, where there were two to be found on most days during the week. Sunday 9th saw the arrival of the first summer visitor with an Osprey heading north over Daventry CP which was quickly followed by another at Pitsford Res just two days later on 11th. A male Merlin went through at Boddington Res on 13th, while Peregrines were seen in the Brampton Valley on 8th, at East Hunsbury, Northampton on 9th, Stanwick GP on 10th and at Harrington AF on 11th.

Jack Snipe are on the move this month and singles were found at Stortons GP on 9th, 12th and 14th and a Boddington Res on 10th and two were at Ecton SF on 8th, while a significant count of sixty Common Snipe was made at Pitsford Res on 8th. Redshanks were seen at Pitsford Res, Summer Leys LNR, Clifford Hill GP and Stanwick GP with a maximum of twelve at the latter site on 11th, while a single Green Sandpiper remained at Harrington AF until 13th and one was at Pitsford Res on 9th and 11th.

Spring passage of Mediterranean Gulls continued with a first-winter at Daventry CP on 8th, two adults in the roost at Pitsford Res on 9th and an adult at Boddington Res the following evening. An adult Glaucous Gull was still in the vicinity of Ditchford GP on 8th and a second-winter visited Clifford Hill GP briefly on 11th, while a second-winter Caspian Gull was at Stanwick GP on 10th-11th, a third-winter was watched at Rushton Landfill the following day and a second-winter Yellow-legged Gull was at Daventry CP on 8th-9th.

The status of Ring-necked Parakeet in Northants is unclear and it is not known if they breed but one in a Polebrook garden on 8th-9th and six in Stoke Bruerne on 8th gave rise to a modicum of local interest this week. A pair of ringed Bearded Tits at Stortons GP had not been seen since January until they resurfaced on 9th and they remained there all week; a male was also found at Summer leys LNR on the same date and was still present on 12th. 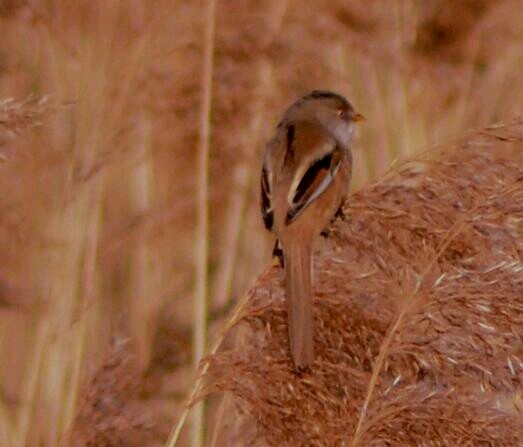 A sure sign of spring was the first Sand Martin at Stanwick GP on 10th and the distribution of Chiffchaffs this week, with singing males reported from half a dozen sites, while also singing were male Central European Blackcaps which continued to be seen in gardens at Wellingborough, Northampton and Spratton. More exciting than this ‘subspecies in waiting’ was the reappearance in a Northampton garden of a potential species in waiting – ‘Central Asian’ Lesser Whitethroat – the name now being suggested for birds falling within the blythi–halimodendri spectrum. 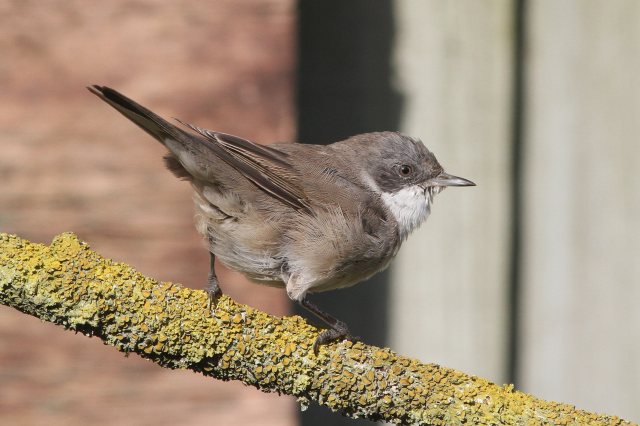 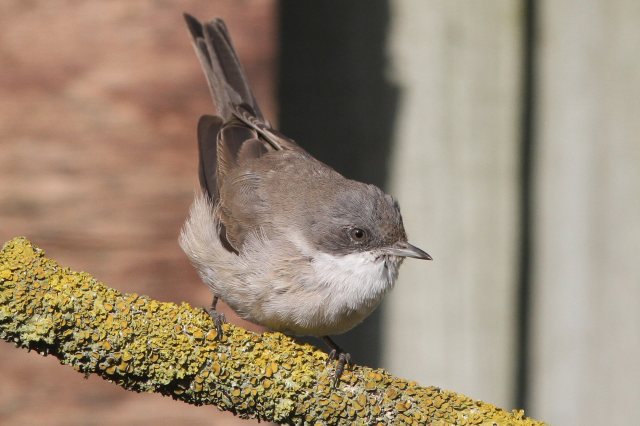 This bird popped up after an absence of more than six weeks, showing itself for just two days on 11th and 12th, before promptly disappearing again. This individual just about ticks all the boxes for acceptance as a sight record of a bird from this eastern group and, if the taxonomists can ever agree, it may, one day, be granted full specific rank. Another summer visitor, a Yellow Wagtail, flew north, calling, over Grange Park, Northampton on 9th. This appears to be the first in the whole of the UK this spring and was quickly followed by another in Hampshire the next day. Both birds are extremely early as the mean arrival date for this species in Britain is 7th April but the earliest ever recorded in Northants is 10th March (1975). 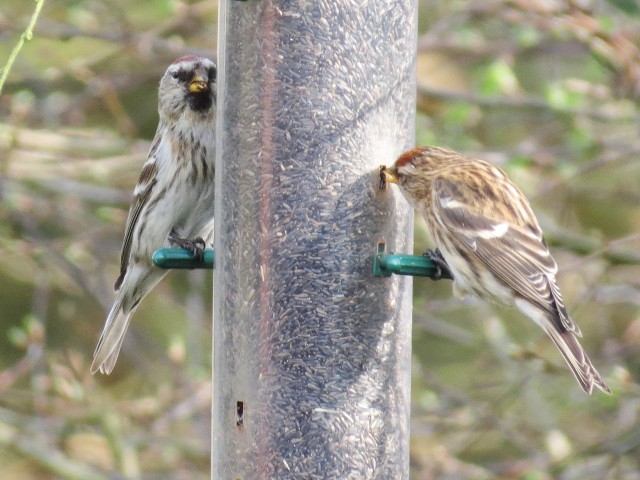 Up to twelve Bramblings remained at Harrington AF during the week and nine were at Hellidon on 13th, while a Mealy Redpoll visited feeders in and East Hunsbury, Northampton garden on 11th and six Crossbills were in Salcey Forest on 10th.