While remaining generally warm throughout, the week kicked off with isolated thunderstorms and showers, followed by alternating periods of cloud and sunshine. A high pressure system remained in place over the country, skewed to the west in the latter half, producing a gentle northerly wind. Some signs of autumn were in the air …

The summer slump kicked in big time this week, leaving local birders to contemplate jet-washing their patios or heading south to see the amazingly obliging, second British Short-toed Eagle in East Sussex – or both.  The closest we came in lookalike terms was an Osprey, which flew over Blueberry Farm, Maidwell – carrying a fish instead of a snake – on 14th. Apart from Hobbies reported from four localities, the only other raptors of note were two Peregrines cruising over Northampton town centre on 15th.

Little Ringed Plovers continued to be reported from Summer Leys LNR, where six were present on 14th and a pair was proven to have bred just outside Northampton on 15th. A male Ruff visited Stanwick GP on 19th and the same locality hosted the first of the autumn’s Green Sandpipers from 16th to 18th with three there on 19th, while up to seven Yellow-legged Gulls were there on the same dates.

Two Turtle Doves were still at Harrington AF on 18th and a Ring-necked Parakeet was dangerously close to the aviaries in Northampton’s Abington Park on 15th. Grasshopper Warblers continued to remain scarce with up to two singing males at Blueberry Farm between 16th and 19th being the only ones reported this week. 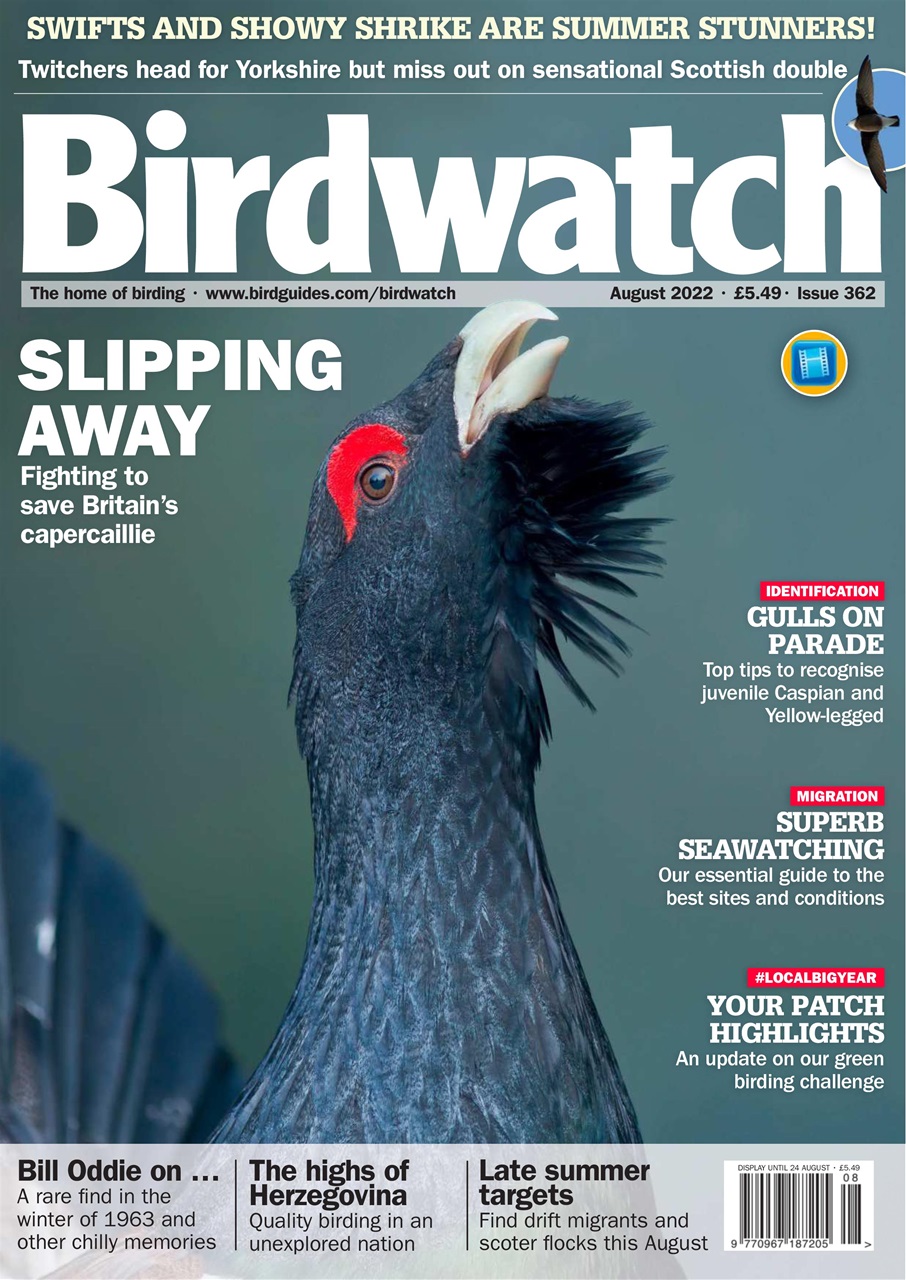