On Tour: a Godwit with ‘Previous’

Barely is spring over and autumn wader passage has begun. June usually sees the first Icelandic Black-tailed Godwits moving south through the county and the group of three found by Kim Taylor at Summer Leys on Friday included one particularly interesting individual, images here by Adrian Borley. 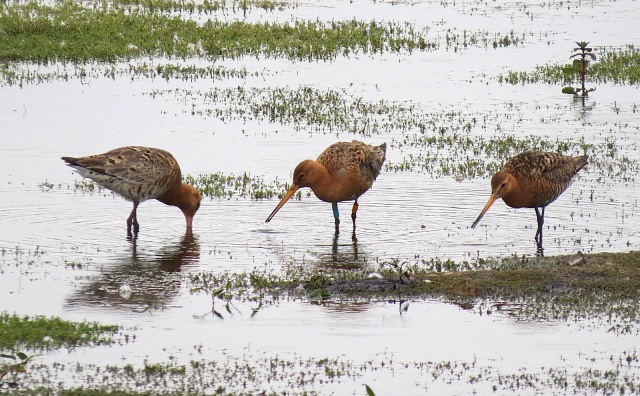 Interesting because it was colour-ringed and the combination of colours, along with the position of the rings, enabled some of this bird’s history to be traced and its movements to be revealed. It was, as they say in some quarters, a godwit with ‘previous.’ 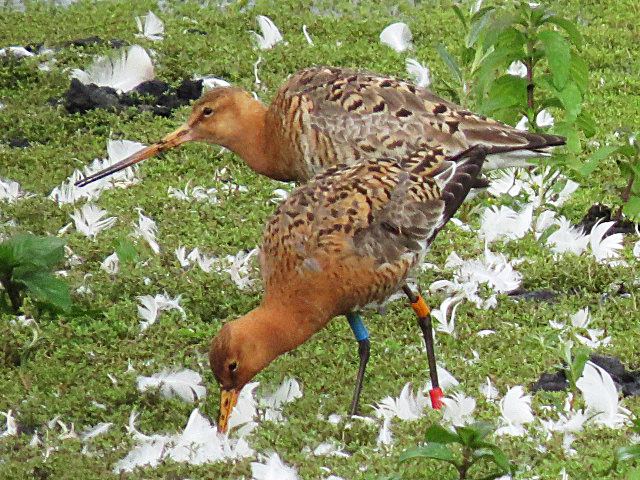 While I’m not a big fan of gaudy ‘bling’ (it looks so unnatural!), I have to acknowledge its use as a tool in providing valuable information which furthers our knowledge of a species and which can be particularly useful in, among other things, future conservation initiatives through the identification of key wintering and breeding areas.

This godwit, a male, was ringed in Hampshire on 5th September 2010. It has been well-travelled during the subsequent six years as the table below – kindly provided by the ringer, Pete Potts – clearly illustrates.

Anyone lucky enough to find a colour-ringed Black-tailed Godwit can check the colour combination against a detailed key to race, origin and ringing group which can be downloaded from here and observers are encouraged to contact the ringer with details of their observations. 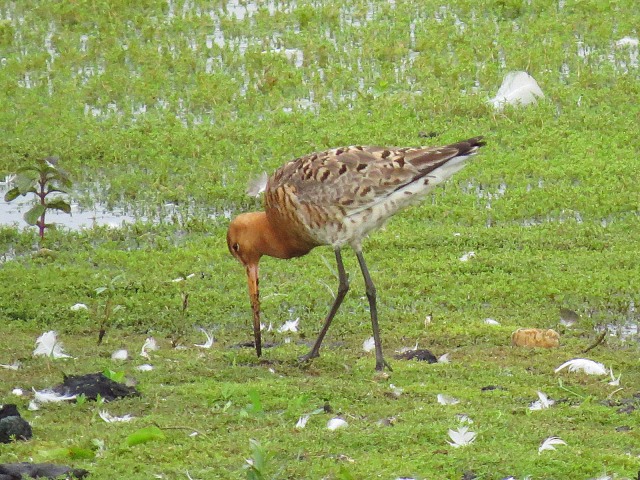 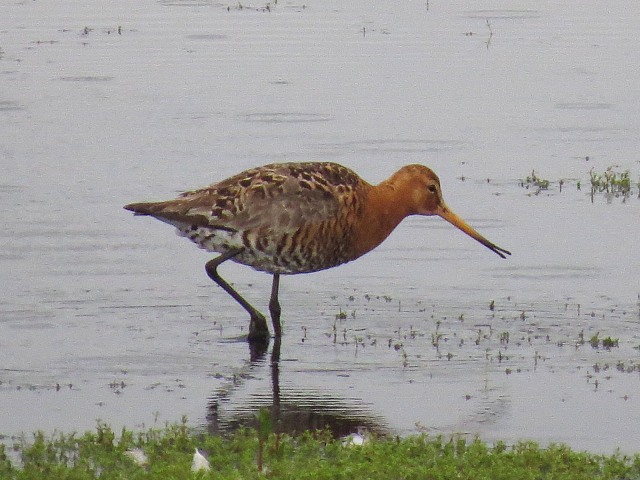 Found in the morning and still present late afternoon, the godwit trio had departed by the next day. Had this male not been ringed it would have slipped by anonymously, giving no clue as to its age, travel history or possible destination.

This entry was posted in Waders. Bookmark the permalink.