Azorean Gull, Azorean Yellow-legged Gull, Azores Gull – call it what you like but, following its acceptance by the BOU on to the British List earlier this year, Larus michahellis atlantis – currently considered to be a distinctive taxon – is now on the Northamptonshire List based on the acceptance by British Birds Rarities Committee of a returning adult to Stanwick GP during 2013, 2014 and 2015. The accepted records are as follows: 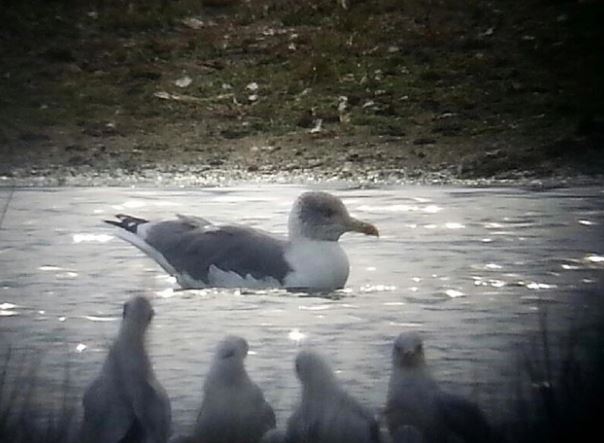 This individual is considered to be (and is treated as) the same returning bird which has been seen in various Midlands counties annually during autumn since its initial discovery in Oxfordshire in 2009. As such it constitutes only the second British Record. This autumn it appears to have again returned, being seen at Stanwick GP and at Grafham Water in Cambridgeshire. For a recap on the accepted Northants occurrences see: 2013  2014  2015

This entry was posted in Gulls. Bookmark the permalink.