The wind throughout the week took a prolonged easterly slant and temperatures fell accordingly, a high of 10°C on 17th had slipped down to a low of just 4°C on 20th.

Two new Whooper Swans appeared this week, a lone adult at Earls Barton GP on 21st, followed by another youngster joining the Pitsford eleven on 22nd, while the first-year remained at Thrapston GP throughout the period.

Last week’s Barnacle Goose revisited Stanwick GP on 19th and the mobile female Ruddy Shelduck dropped into Pitsford Res on 21st, the latter site again accounting for the highest total of Red-crested Pochards, which topped eighteen on the same date.

Elsewhere, four were at Stanford Res on 17th, with just one remaining until 21st, one remained at Hollowell Res all week and singles were at Clifford Hill GP on 17th and Thrapston GP on 23rd, where the first-winter Scaup also remained all week.

And so to this week’s puzzle: the adult drake Ring-necked Duck reported on Town Lake at Thrapston on the morning of 18th. Local observers were on site within an hour or two of the national news broadcast, diligently scanning the lake, along with all the other lakes in the complex. It was nowhere to be seen. The source is a mystery … but Thrapston has history. So, more ‘fake news’ then or, if you prefer a rather more British approach to the phraseology, ‘patent twaddle’. Nuff said. At least we know the one remaining Velvet Scoter, last seen there on 17th, was genuine and contributed to the county chalking up a ‘two-scoter week’ with two Common Scoters at Stanford Res on 19th.

The three Cattle Egrets at the north-east end of the Stanwick GP complex were once again joined by a fourth on 21st-22nd, while one or two Great White Egrets continued to be seen at this and six other locations, Pitsford topping the bill with four on 21st-22nd.

On the raptor front, Stanford Res continued to maintain its monopoly on harriers with the juvenile Hen Harrier still present until at least 18th and a Marsh Harrier there on 22nd-23rd. 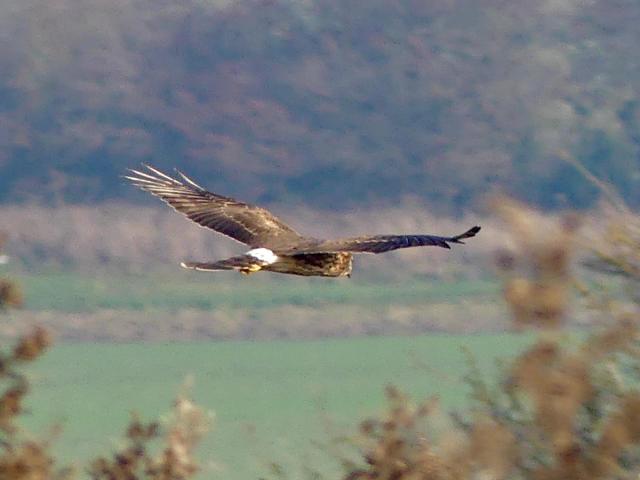 The only wader of note this week was the first-winter Black-tailed Godwit at Pitsford Res, remaining throughout, while the usual adult Yellow-legged Gull also remained there throughout the period, three were at Hollowell Res on 17th, followed by two on 21st.