The unseasonally inclement weather this weekend paid dividends to those who ventured out to brave it. Strong north to north-easterly headwinds and sustained heavy rain from Friday onwards put paid to the progress of many northbound migrants resulting in large numbers of birds being grounded across southern Britain.

Notable among these locally were record numbers of Northern Wheatears (minimum counts of 80 at Clifford Hill GP and 71 at Borough Hill including many Greenlanders) and sizeable flocks of Black-tailed Godwits with 30 on floodwater at Irthlingborough, 26 at Summer Leys and 9 at Clifford Hill. Flooded pools at the latter locality also attracted a Turnstone and at least 21 Yellow Wagtails, including a female presumed ‘Channel Wagtail’ (Yellow x Blue-headed hybrid). Two more Ring Ouzels at Borough Hill and one at Summer Leys completed a remarkable run of records for this species this spring. With three hours between them, two Kittiwakes also went through at Summer Leys on Saturday and a Slavonian Grebe (not from Stewartby, Bedfordshire) was found at Thrapston Gravel Pits on Titchmarsh reserve. I caught up with this soggy-looking summer-plumaged individual early this morning while it was feeding on North Lake, seemingly oblivious to the choppy water, high winds and lashing rain.

Later this morning the Black-tailed Godwits were performing well, down to just a few metres, in front of the Screen Hide at Summer Leys. Fantastic-looking summer-plumaged Icelandic race birds, I was frustrated by the lack of camera (having smashed it yesterday when the wind blew my tripod over at Clifford Hill!). Neil Hasdell came to the rescue, however, and kindly sent me the photos below, which are no doubt better than anything I would have achieved by digiscoping :-).

The shorter-legged, shorter-billed and considerably more extensively rufous-patterned islandica race is the one most frequently encountered in Northants, with nominate limosa, ‘Continental’ Black-tailed Godwit, being considerably rarer, even though it breeds no further away than East Anglia.

Today has seen a big overland movement of Arctic Terns, with impressive counts at a number of inland localities. While some chose to linger at certain sites, many pushed straight through as they headed north toward their breeding grounds. Significant totals were logged at Rutland Water and Cropston Reservoir (both Leicestershire) with 70 and 60+ respectively, Buckden Gravel Pits, Cambridgeshire, where 61 were counted moving along the Ouse valley and 39 visited Paxton Pits (also Cambridgeshire) while Broom, Bedfordshire logged 57 and Wilstone Reservoir, Hertfordshire 30+.

The largest flock, however, was in our own county and recorded by Dave Holden at Thrapston Gravel Pits’ Town Lake, where he estimated 115 to have been present at 11 o’clock this morning. Smaller numbers locally were approximately 30 at Pitsford Reservoir at 8 o’clock with (a further?) 12 there early afternoon and 44 there late afternoon, 26 through east at Summer Leys early morning with a further 33 roosting on the island in nearby Mary’s Lake early afternoon, 25 at Daventry Country Park this morning, 5 at Hollowell Reservoir also this morning with 36 there at 6 o’clock this evening, 16 at Stanwick GP and 3 at Clifford Hill Gravel Pits this evening.

Those on the island in Mary’s Lake were accompanied by 2 smart adult Little Gulls, both of which showed a nice pink flush to their underparts – a feature often shown by this species.

The Daventry area was again the focus of attention today with a male Pied Flycatcher attracting a steady stream of admirers to the country park, while nearby Borough Hill played host to a female (or first-summer male) Black Redstart.

Both were found during the morning and they were still present this evening, with the flycatcher favouring an oak tree (with an obvious nest-box) on the edge a large clump of Blackthorn scrub below the dam, about 80 metres east of the visitor centre. It was very active in this area and it was also heard singing at one point during late afternoon. Neil Hasdell kindly provided the images below.

The brownish primaries and coverts, along with the rather small white forehead indicate it is a first-summer.

Overlooking the park, nearby Borough Hill produced its second Black Redstart of the spring with this rather mobile individual commuting between the fence around the small compound by the car park and the fence on the northern side of the main compound.

Thanks are again due to Neil for supplying this image, taken in weak early evening sunlight, of a rubbish bag supporting a not-so-rubbish bird!

The past few days have seen an arrival of Ring Ouzels en masse into the UK, with good numbers of migrants appearing in suitable habitats – mainly hillsides – in neighbouring counties. Buckinghamshire has had the lion’s share with at least eight at Ivinghoe Beacon, while seven were counted at Pegsdon Hills in Bedfordshire.

In Northants today, 14th April, two smart males were present throughout the morning at Borough Hill, feeding in open pasture on the summit some 300 metres north of the radio station compound. When disturbed they would take cover in a short, low stretch of bushes or in an isolated clump of hawthorns, where they could be surprisingly difficult to see. Thanks are due to Jonathan Philpot for supplying the below photo.

While these two were being watched, two more flew northeast at 11.00 but they were not relocated. Other migrants on the hill were two Northern Wheatears, close to the area which held the Ring Ouzels, and a big, swarthy, orange-bellied male Greenland Wheatear on the southern slope above the industrial estate. Although this may seem an unusually early arrival date for this race, one was trapped at Portland Birds Obs on 8th April – see http://tinyurl.com/crgc3jy.

Gary Pullan was lucky enough to discover a first-winter Kittiwake at Daventry Country Park this morning. Although not particularly rare nationally, Kittiwakes can often be difficult to connect with in Northants as a result of the short stopovers at inland sites made by the few individuals which choose to migrate overland to reach their breeding sites anywhere between northern Britain and the high Arctic.

Apart from making a short flight around the reservoir while I was there, it spent most of its time loafing on the water, occasionally picking at surface insects, well out in the middle – hence the rather poor, heavily cropped digiscoped shot below.

With an average of four records per year over the last ten years, the overwhelming majority of Kittiwakes visiting the County in spring are adults so this individual is unusual insomuch as it is a first-year – apparently the first spring first-winter since 2001! At first sight it appears doubly unusual because it remained all day, allowing County year-listers ample time to catch up with it, although being immature is a likely explanation for it being in no hurry to reach any breeding grounds. 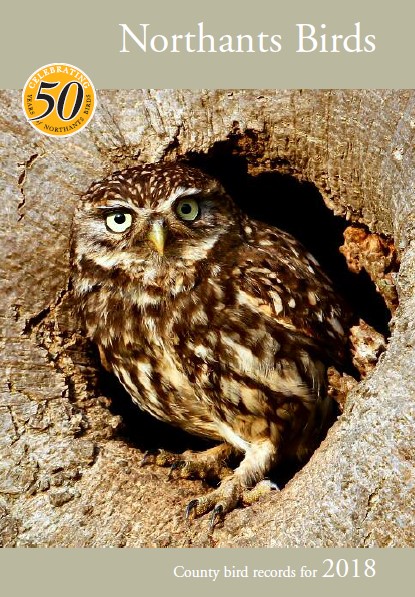