With the jet stream having slipped further south, the first half of the week was dominated by high pressure, bringing cold northerly winds and sub-zero overnight temperatures. The second half, though initially still cold, saw a change in wind direction, with westerlies bringing us back up to average temperatures with showers of rain. When all is said, though, this week’s weather appeared to have little influence on the birds occurring during the review period.

Reports of wildfowl were well down on those of previous weeks but a Dark-bellied Brent Goose heading east over Stanford Res on 1st, followed by a first-winter – presumably the same individual – present there again briefly on 6th at least delivered a reasonable level of quality. It is only the second record for the county this year, following the briefly staying individual at Stanwick GP on 6th October. Conversely and unsurprisingly, the adult Whooper Swan remained at Thrapston GP – now present for its ninth week and the drake Red-crested Pochard was still at Summer Leys LNR at the week’s end.

Between one and three Great Egrets remained ensconced at Ditchford GP, Pitsford Res, Stanford, Summer Leys LNR and Thrapston, with Daventry CP joining the list of localities hosting this species during the week.

December is traditionally quiet for waders and, so far, this one is no exception with just two Jack Snipe comprising singles at Stortons GP on 2nd and Neville’s Lodge (Finedon) on 4th-5th. Gulls, too, were thin on the ground, with Stanford producing an adult Mediterranean Gull on 2nd and two adult Yellow-legged Gulls on 30th, while one of the latter species was also present at Pitsford on 5th.

On dry land, single Short-eared Owls were seen at Stanford on 30th, Lilbourne Meadows LNR on 3rd and at both Neville’s Lodge (Finedon) and Borough Hill the following day, on 4th. 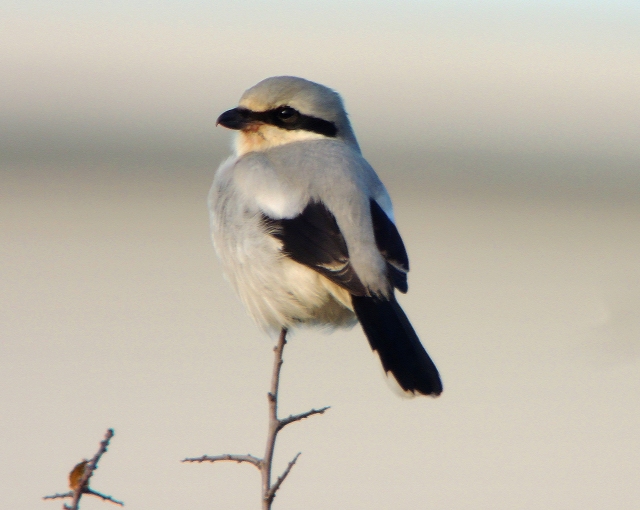 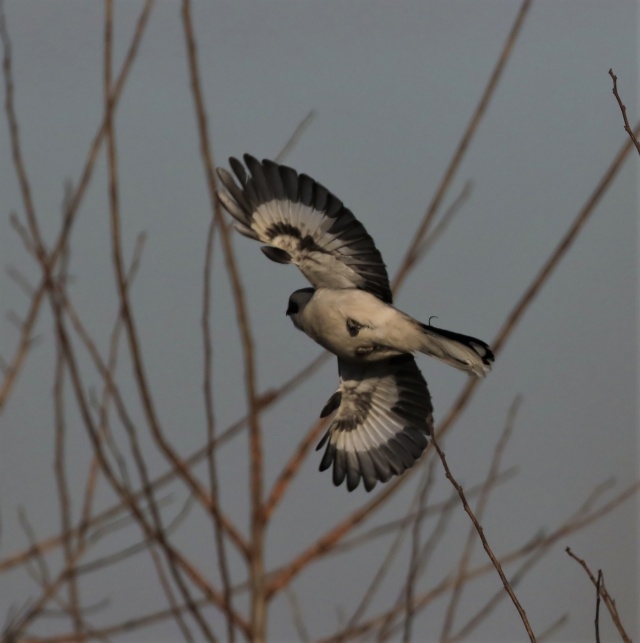 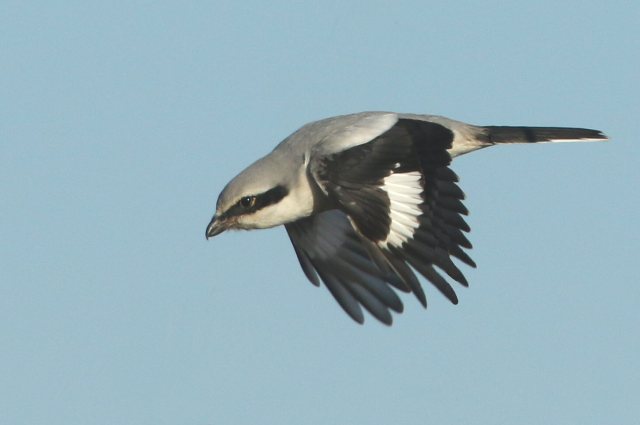 The week’s star bird – the DIRFT 3 Great Grey Shrike – for the third week running attracted a trickle of admirers and continued to perform for the duration of the period. Access to the site has, so far, been granted by the security guard manning the entrance to the development area, approached along the road running past Kinaxia Logistics.

Another week, another Firecrest: one was found in the last hour of daylight at the village institute in Upper Harlestone on 6th.

Stonechats continued to be seen at DIRFT 3, Earls Barton, Lilbourne Meadows, Stanford and Pitsford, with a maximum of four at the latter site on 30th and 3rd.