Dull, dank, murky drizzle dominated the week’s weather as low pressure once again dragged in copious moisture off the Atlantic. Notable wildfowl were back on the menu, while scarce passerines maintained their prominence.

The first Bewick’s Swans to occur at Stanford Res since 2007 arrived on the afternoon of 24th. The herd, comprising five adults and four juveniles, was still present at lights out but they were nowhere to be seen first thing the following morning. This is the only record of this species in the current year, so far, in Northamptonshire. 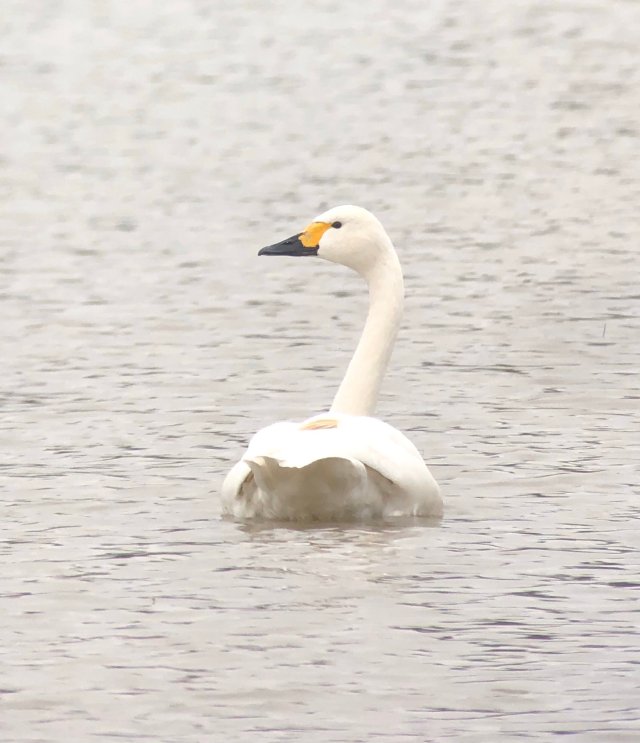 More of a fixture, the adult Whooper Swan remained at Thrapston GP on 23rd and the drake Red-crested Pochard at Summer Leys LNR maintained its presence all week. The latter locality also continued to host the ‘redhead’ Smew, now enjoying the beginning of its 5th week on site. Snatching the ducks deluxe award this week, on 24th, was a Red-breasted Merganser – a fine, spiky-haired drake, which was initially found off the dam before quickly relocating to the vicinity of Catwalk Bay, prior to equally quickly flying off, never to be seen again. Formerly seen virtually annually, this species has become scarce and much sought after in the county, the last being seen at Stanwick GP in January 2016.

Narrowly preserving its weekly appearance in these summaries, just one Cattle Egret was logged at Stanwick GP, on 24th, while Great Egrets maintained their presence in ones and twos at Ditchford GP, Pitsford Res, Stanwick, Summer Leys and Thrapston, with Stanford hosting three on 27th.

Just about keeping raptors afloat, a ‘ringtail’ Hen Harrier was hunting over fields between Scaldwell and Old on 28th while similarly, on the wader front, the sole representative this week was again a Black-tailed Godwit – this time at Stanwick on 24th and 27th.

We’re not quite in season with true winter gulls yet but a third-winter Caspian Gull was on the flood pools at DIRFT 3 on 28th, along with an adult Yellow-legged Gull. Up to two of the latter species were also present at Pitsford between 24th and 28th, the same site continuing to play host to the long-staying adult Mediterranean Gull, looking fit and healthy apart from a gammy right leg and foot. 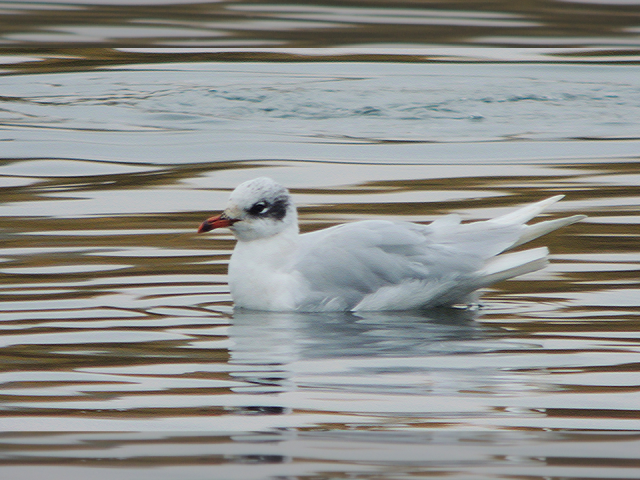 Fifty shades of grey may be more than apt to describe the past week’s weather but it’s equally applicable to the bird topping the bill for the second week running, the Great Grey Shrike at DIRFT 3. Appearing to have done a bunk by 25th, it was back on station, large as life – minus its parasitic friend – on 28th. DIRFT 3 also retained its Short-eared Owls, with three still present on 25th, while another was seen flying over the A510 and across allotments between Wellingborough and Finedon on 29th.

A Firecrest showed well, if only briefly, to members of the Peterborough Bird Club on an awayday to Summer Leys on 24th. There must surely be more of these little gems just waiting to be found wintering in the extensive river valley scrub along the Nene. Meanwhile, Stonechats were reduced to just singles seen at Stanford, Summer Leys, Thrapston and Wicksteed Water Meadows (Kettering) and Hawfinch once again made it into the week’s round-up, with one in flight at Salcey Forest on 27th.