Although the weather was again largely dominated by Atlantic low pressure systems, last week’s heavy rain subsided, allowing local floodwater a chance to drain away – at least in part. The end of the period saw milder conditions resulting from a warmer, continental airstream from the south-east. This week’s top birds were again all based on terra firma, further extending this great autumn’s run of passerines.

Not always readily viewable, the adult Whooper Swan remained at Thrapston GP throughout and three adults were logged flying east over Summer Leys on 17th. The long-staying and highly mobile female Ruddy Shelduck, which turned up at Foxholes Fisheries, near Crick, last week, remained until at least 16th and reports of  Red-crested Pochards dwindled to two at Thrapston between 18th and 21st and a single drake at Summer Leys LNR from 19th until the week’s end. The ‘redhead’ Smew, found at Pitsford Res on 13th, was still present on 17th while the Summer Leys ‘redhead’ also remained throughout the period.

Back on the menu this week … Cattle Egrets at Stanwick GP. Three were present daily between 17th and 19th but four assembled in the small cattle field between Roadside Lake and the Fishing Lakes on 20th. There was also a better showing of Great Egrets this week, with twos at both Pitsford and Summer Leys and singles, on and off, at Ditchford GP, Foxholes Fisheries (Crick), Stanford Res and Stanwick. Last but not least, the only other wetland bird of the week was a Black-tailed Godwit at Summer Leys on 22nd. 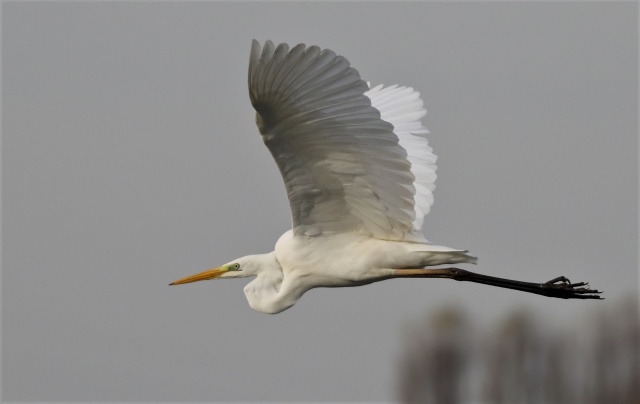 Raptors were thin on the ground and in the air but the ‘ringtail’ Hen Harrier was still present in the DIRFT 3/Lilbourne Meadows area on 17th, as were up to three Short-eared Owls throughout the period, and two – possibly three – were still at Neville’s Lodge (Finedon) between 16th and 18th. Merlins continued to be seen, with singles at Pitsford Res on 16th, Croughton Quarry on 17th and in the Brampton Valley below Hanging Houghton on 19th.

Bird of the week, at least for some, was a crisp and charismatic adult Great Grey Shrike at DIRFT 3 development area, between Lilbourne and Crick, from 17th until the week’s end. This is only the second in the county this year, following one near Scaldwell in December 2018 and the long-staying and well-watched bird in the Brampton Valley during winter 2018-2019. Prior that, the last was in February 2015.

Stealing a march on said shrike – but only in terms of tonal palette – a smart male Bearded Tit was discovered close to the Visitor Centre at Stanwick on 16th, remaining there until the following morning to demonstrate its flamboyance before heading off east, never to be seen again. It’s early days as far as winter is concerned so there’s a high likelihood of more appearing over the forthcoming weeks. 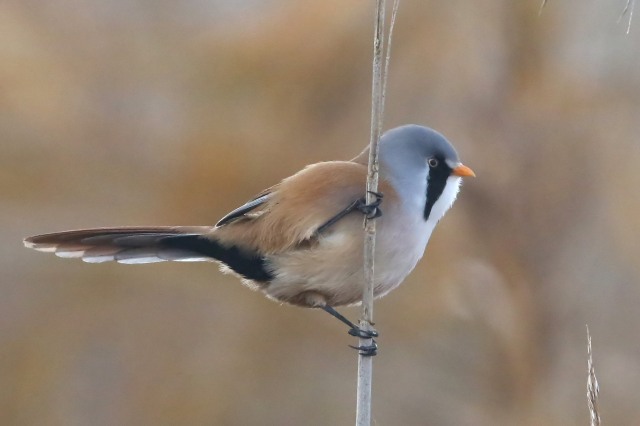 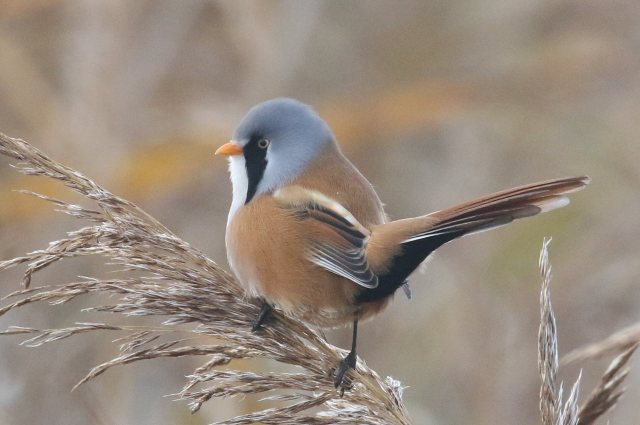 For the third week running, a Siberian Chiffchaff was discovered – this time at Ringstead GP. Unfortunately, like the other three, it quickly melted away into the scrub, eluding even those who were quick off the mark. Scrub, farmland and wetlands continued to produce Stonechats, which were seen in the Brampton Valley, at DIRFT 3, Stanford and Pitsford Res, with a maximum of four at the latter site on 16th. Back to brute and charisma now, with two Hawfinches frequenting the trees by the track along the north side of Fotheringhay Castle on 21st. Despite the recent winter invasion, this is a species which never fails to impress and delight.