Low pressure dominated the period, bringing significantly heavy rain which, backed principally by north-easterlies, resulted in considerable flooding of low-lying areas. The Nene Valley bore the brunt but arguably produced the best birds of the week.

Clearly spoilt for choice with the availability of the expanding floodwater, commoner wildfowl appeared in areas that would normally see none. Immediately west of Northampton, for example, the extensively flooded Kislingbury Meadows, at its aqua alta, played host to a couple of Shelducks, as well as to small numbers of Tufted Ducks and even Pochard. At the other end of the county, at Thrapston GP, the adult Whooper Swan was still present until at least 11th, while back over to the west, the female Ruddy Shelduck, which went unreported last week, popped up at Foxholes Fisheries, near Crick, on 12th where, it emerged, she had been holed up for a good few days. North of the causeway at Pitsford Res, Red-crested Pochard numbers increased to six on 12th, while three visited Thrapston on 11th and the Clifford Hill GP drake was joined by a second one from 9th until at least 12th. The juvenile drake Greater Scaup remained at Daventry CP all week and Pitsford’s Pintail Bay was the venue for the discovery of a female Common Scoter on 10th, before two more were found in close proximity the following day.

The latter location also produced the second ‘redhead’ Smew of the autumn, on 13th, while Summer Leys retained its own ‘redhead’ until at least 11th, before it was relocated on Mary’s Lake, across the lane of the same name, at Earls Barton GP. 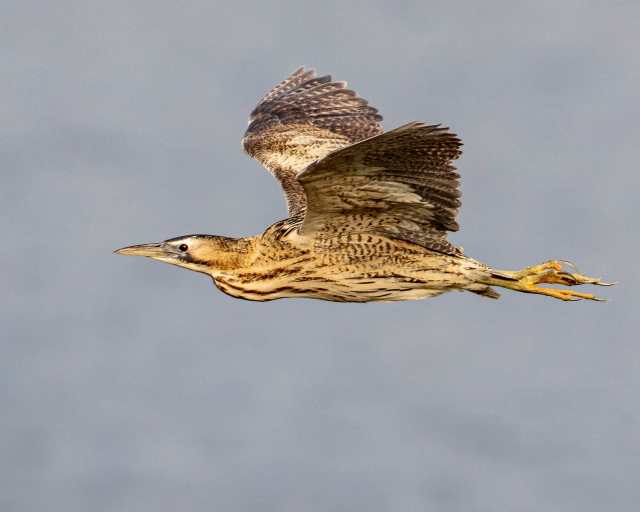 On the raptor front, another Marsh Harrier was found – this time flying west at Oundle on 12th and a ‘ringtail’ Hen Harrier was hunting over DIRFT 3 and adjacent Lilbourne Meadows LNR on 9th-10th, while a ‘ringtail’ harrier sp. was reported from the Brampton Valley, near Cottesbrooke, on 14th.

The Pitsford adult Mediterranean Gull was again in the roost there on 11th and 14th and just one Yellow-legged Gull was reported this week – an adult at Stanford Res on 10th.

Short-eared Owls were found at three localities – one, a presumed migrant, at Stanford Res on 9th, while last week’s DIRFT 3 two were quartering the adjacent Lilbourne Meadows area on 13th and one was still at Neville’s Lodge (Finedon) on 13th and 15th. The Harrington AF Merlin was seen there again on 10th and singles were also in the Brampton Valley and at Stanford Res on 15th. 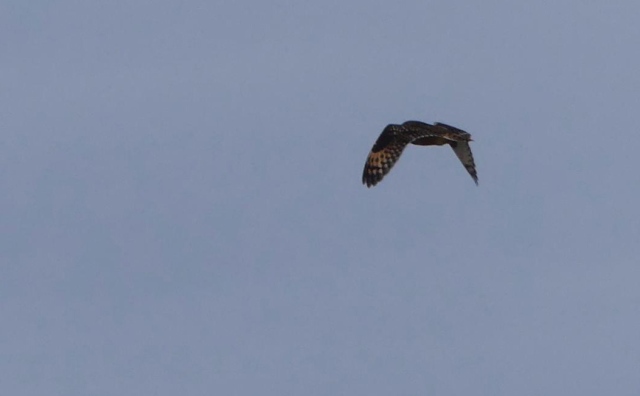 Following last week’s Siberian Chiffchaff, trapped and ringed at Stanford, two more were discovered in willows at a heavily waterlogged Ditchford GP on 15th – as ‘half-predicted’ in the last round-up – while just across the A6, at Stanwick, a Firecrest was trapped and ringed on 10th.

Lastly, Stonechats continued to be seen in twos in the Brampton Valley, at DIRFT 3 and Clifford Hill GP with three at Pitsford Res and one at Stanford.