It’s the holiday season and the week which straddled two years saw a remarkable up tempo as many birders, freed temporarily from the shackles of gainful employment, headed toward their local patches – and beyond – for some prime mid-winter birding. The rush into the field paid off, coinciding with temperatures falling low enough to freeze many local bodies of water, albeit for the short term, and more birds appeared to have moved in from the continent or other parts of the UK.

Falling squarely into this category was the herd of six adult Bewick’s Swans which arrived at Stanwick GP on 28th and were part of a national movement satellite-tracked across the North Sea from The Netherlands. They did not stay long and they were watched heading off east again late in the afternoon.

The three European White-fronted Geese remained with the goose flock at Pitsford Res all week, while a first-winter Dark-bellied Brent Goose constituted another new arrival at Clifford Hill GP on the last day of 2014, remaining there until at least 2nd.

The two long-staying Ruddy Shelducks at Pitsford Res were also still present at the year’s end and, after a significant period of absence from these reports, Pintail made a return with two at Clifford Hill GP on 30th, a female at Earls Barton GP on 31st and one at Stanford Res the following day. The two female Red-crested Pochards remained at Stanford Res all week and two drakes were at Hardingstone GP between 29th and 31st,

while the first-winter drake Scaup was still being seen at Hollowell Res on 30th. Heavy overnight frosts and generally freezing conditions mid-week resulted in many Nene Valley gravel pits becoming largely frozen and no doubt gave rise to the significant movement of wildfowl between different bodies of water. Associated with this was the arrival of numbers of Tufted Ducks with around four hundred at Clifford Hill GP on 30th and, with them, the female Ring-necked Duck from nearby Billing GP. It remained there until disturbed by shooters the following day before returning to Billing GP, where it was present until the week’s end.

Another arrival associated with the colder weather was a female Common Scoter at Earls Barton GP on the largely underwatched Grendon Lakes water-ski pit.

There were also more Smew this week with up to seven – including three drakes – at Pitsford Res, the ‘redhead’ at Stortons GP until at least 30th, a pair at Sywell CP on 30th, a ‘redhead’ at Clifford Hill GP on 31st and the drake still at Ravensthorpe Res on 2nd. 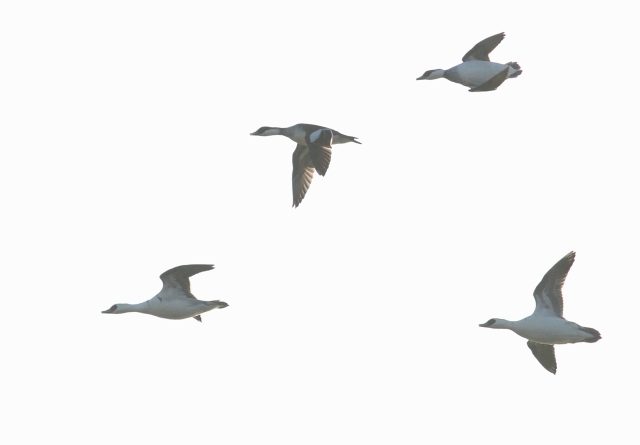 The 30th produced two Bitterns – one at Sywell CP and the other at Stortons GP, the latter being seen there again the following day, while it also proved to be a good week for Great White Egrets, with at least one daily at Pitsford Res, singles at Ditchford GP on 27th and 30th, Summer Leys LNR and Thrapston on 31st, Weston Mill on 1st, while two were at Thorpe Malsor Res on 31st and three visited Summer Leys LNR on 2nd.

Winter is traditionally ‘rare grebe season’ and, right on cue, a Slavonian Grebe was found at Pitsford Res on 1st, while a Black-necked Grebe appeared at Clifford Hill GP on 30th – both birds remaining until 2nd. 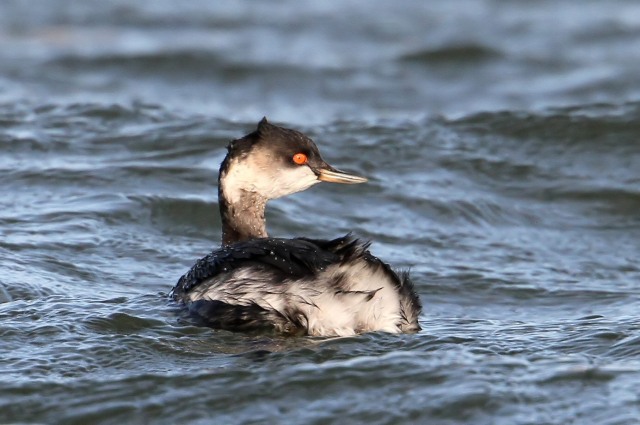 Raptors any larger than a Peregrine were non-existent this week and records of the latter consisted of singles at Blatherwycke Lake, Clifford Hill GP, Ditchford GP, Harrington AF, Higham Ferrers and near Pitsford Res, while a male Merlin visited Stanford Res on 29th. 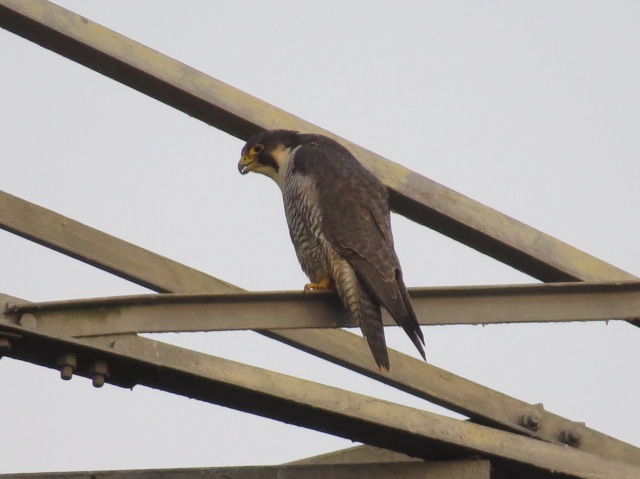 Compared with a couple of winters ago, Short-eared Owls are again in short supply – the only records being singles at Harrington AF on 27th and at Blueberry Farm, Maidwell on 29th and 1st. Local Ring-necked Parakeets continued to entertain in Abington Park, Northampton on 28th and 31st and one flew over Balfour Road, Northampton on 30th. Rare passerines rose to prominence this week, starting with a Great Grey Shrike found on 2nd at Burn Coppice, Deenethorpe (where it continued to show well by the roadside until 4th).  Single Chiffchaffs were at Stanford Res on 30th and 1st and at both Stanwick GP and Clifford Hill GP on the latter date and five were counted at Ecton SF the following day, while up to two Central European Blackcaps were in an East Hunsbury, Northampton garden all week and a female visited a Wellingborough garden on 27th. Two Stonechats remained at Blueberry Farm, Maidwell between 27th and 30th with two at Sywell CP and two at Ditchford GP – both on the latter date – and one was at Pitsford Res on 1st. Ditchford GP also turned up trumps with a Twite on 30th. This species is now a significant rarity in Northants and this is the first one since this individual at Pitsford Res in October 2011. Less rare, although a nice bird nonetheless, was a Mealy Redpoll at Fermyn Woods CP on 30th but potentially topping this was a male Lapland Bunting

reportedly seen well at Stanford Res on 28th. It was not seen again, despite searches and if accepted it would be about 8th record for the county. Lastly, although not a rare, this Kingfisher coughing up a pellet takes some beating!

A huge thanks to all contributors – news, records and images. Here’s to a fantastic, bird-filled 2015!