The weather this week was again ‘too good’ although gusty north-easterlies provided a little wader action on 16th-17th.

Perhaps the biggest surprise of the week – largely due to its unseasonal occurrence, was a first-summer Whooper Swan, which appeared briefly at Stanford Res on 12th. Its age and the short duration of stay would suggest a late migrant, although small numbers of feral birds can be found not too far from our borders

.Like last week, the only Garganeys during the period were a drake at Stanwick GP on 13th and two drakes there on 18th while, unsurprisingly, no other scarce wildfowl were reported from any location.A Great White Egret visited Thrapston GP on 16th-17th, where there was also a Marsh Harrier hunting on 13th but there was no sign this week of the previously oft encountered Osprey over Elinor Trout Lake. Hollowell Res produced one, though, on 12th and 14th and another was over Blatherwycke Lake on 17th.

Wader passage was again at a low ebb, although what was missing in quantity was made up for in quality by an Avocet at Stanwick GP on 16th, with another – or more likely the same one – visiting Summer Leys LNR later in the day. Back at Stanwick, the same date produced a ‘Tundra’ Ringed Plover and the spring’s third Sanderling while the following day saw a Turnstone at Summer Leys, staying until 18th.

Only the second Black Tern of a dire spring locally for this species was found at Stanford Res on 13th. It didn’t linger. The only other tern was an Arctic Tern at Pitsford Res on 16th, while the adult Mediterranean Gull remained at Stanwick all week.

Passerine migrants were again in short supply and, arguably predictable, was a male Wood Warbler singing at Borough Hill Plantation on 12th, although a concerted effort to find it from dawn the following day met with disappointment.

Northern Wheatear numbers fell this week to just three near Kentle Wood (Daventry) and two at Chelveston AF – all on 12th. 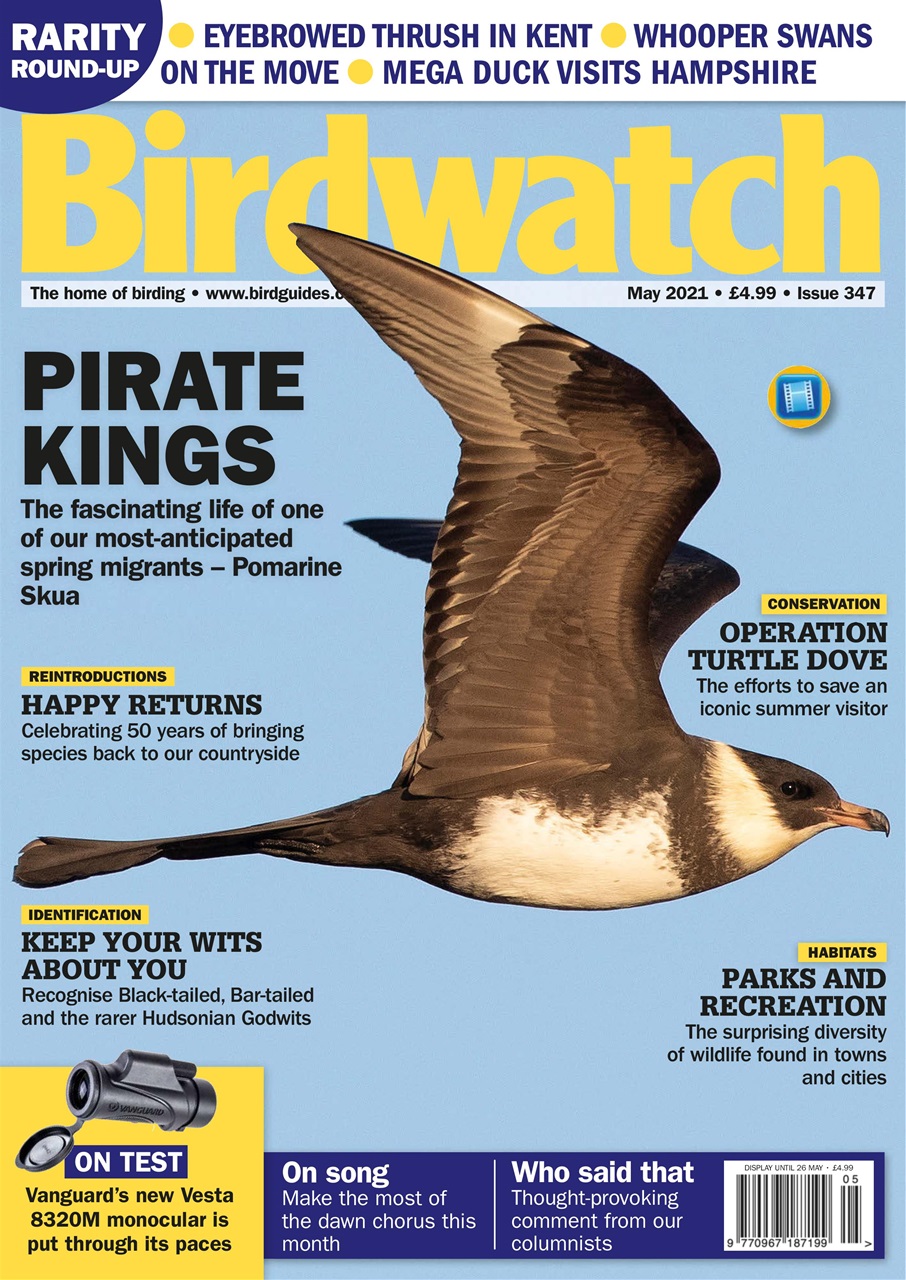