Completing the latest duck race, Falcated Duck makes it over the line … after a third of a century.

It has only taken 33 years but the drake Falcated Duck, which first arrived with Wigeon at Welney in Norfolk in December 1986, before relocating to Pitsford Res in February 1987, has just been accepted by the British Onithologists’ Union as the latest addition to the British List. 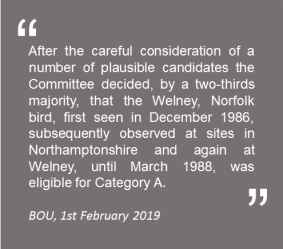 Found by Dave Burges and Matthew Rodgers on 15th February 1987, it remained at Pitsford until 5th April and the record was duly submitted to, and accepted by, the British Birds Rarities Committee. It reappeared the following winter, when it turned up at Thrapston GP on 12th December, remaining there until 24th, before relocating to nearby Ringstead GP, from where it commuted to and from Thrapston between 16th January and 6th March.

Prior to the return to Northants it was present again at Welney during the autumn. An image of the bird appeared in British Birds 80: 255.

Falcated Duck breeds in eastern Siberia and has wandered to Pacific coast USA, south-west Asia, the Middle East and Europe, where occurrences have often been dismissed as escapes. Its population is currently thought to be 78,000-89,000 individuals. 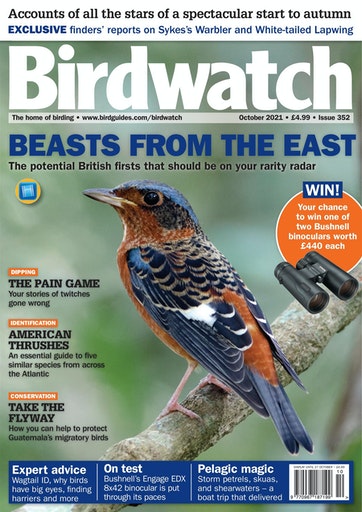