A series of Atlantic low pressure systems, moving rapidly east, delivered below average temperatures, unseasonally strong winds and some hefty bouts of rain during the week. There were also some great birds to be had – including a fifth for Northamptonshire – if you were one of the lucky few …

Having been around for several weeks, the first-summer female Ruddy Shelduck remained at Hollowell Res, although with others appearing in at least a dozen – principally east coast – counties, including a flock of eight in Northumberland, on a national level, arguably, it’s no longer alone.Stanford’s eclipse drake Garganey continued its stay throughout the week and another visited Pitsford Res on 12th, when the three drake Red-crested Pochards were also still present there. In the Nene Valley, a drake Common Scoter was found at Clifford Hill GP on 11th, remaining there until the next day. 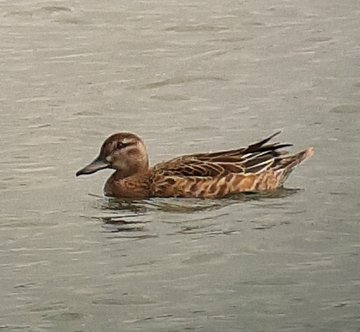 Representing a potential last chance saloon for those still hoping to catch up with one this year, another illusive Common Quail was reported, this time from Fawsley Park, on 12th, continuing on the now generally established theme of ‘hear today, gone tomorrow’ for the species this year. Well, for ‘tomorrow’, read ‘immediately afterwards’, in these particular instances …

More positive news came on the Cattle Egret front as the juveniles from the Ringstead family fledged this week, making their way, without delay, to Stanwick’s Main Lake to do what Cattle Egrets do around cows. The maximum seen together there at any one time was six, on 14th. Elsewhere, single Great Egrets did their best to enliven Pitsford on 10th-11th and Summer Leys on 12th-13th. 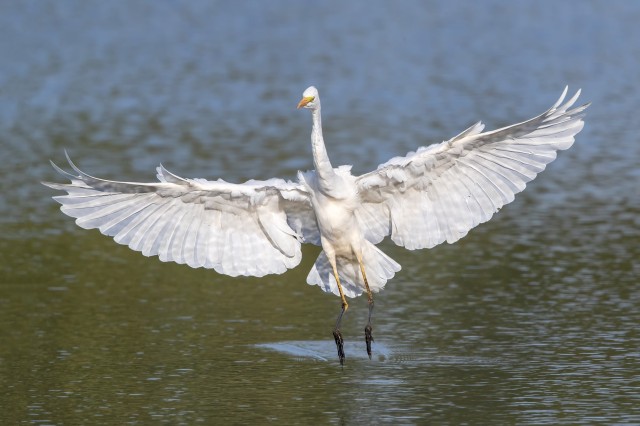 In stark contrast to last week, there was a distinct lack of Ospreys during the period, with just two reported – a juvenile at Pitsford on 11th and an adult at Hollowell two days later, on 13th. More than making up, though, two Marsh Harriers were seen – one at Boddington Res on 11th, the other at Blueberry Farm (Maidwell) on 13th.

On the wader front this week, if the breadth of species couldn’t have been better, then the depth surely should have been, with just single birds representing each species in most instances, kicking off with six Black-tailed Godwits at Stanwick on 14th. A Turnstone arrived at Thrapston GP on 11th and remained all week while, back at Stanwick, a Ruff arrived on 10th, staying three days until 12th.

Following in the footsteps of the previous two this autumn, a Spotted Redshank dropped in for a late evening stop-off at Summer Leys on 12th but it had made a hasty departure by early the following morning. Single Greenshanks showed up at Pitsford on 11th-12th and at Stanwick on 11th and 15th.

A Little Gull – the first since the spring rush – was in the gull roost at Pitsford on 13th and a juvenile Mediterranean Gull was there the following day but the only two Caspian Gulls this week were confined to Ravensthorpe Res, where there was an adult on 12th, followed by a second-year on 16th. Single-figure counts of Yellow-legged Gulls came from Hollowell, Pitsford, Ravensthorpe and Stanwick, with a maximum of nine at Pitsford on 13th.

With perhaps no more than half a dozen breeding pairs in the UK now, Marsh Warbler will always be a difficult bird to catch up with in Northants but at least for some, Clifford Hill GP delivered this week.

Although not quite on the same rarity scale as the above, though arguably a damn sight better looking, a crisp-plumaged, first-winter Pied Flycatcher was found at Barnwell CP on 11th. This is only the second in Northamptonshire this year, following one in spring, at Barton Seagrave, on 16th April.

Numbers of Common Redstarts picked up again this week, with up to two at Blueberry Farm on 11th-13th, followed by singles at Fleetland Farm, Duston (Northampton) and Twywell Hills & Dales on 12th, Pitsford Res on 13th and Ditchford GP on 16th, while at least two Whinchats were still at Blueberry Farm between 11th and 13th. 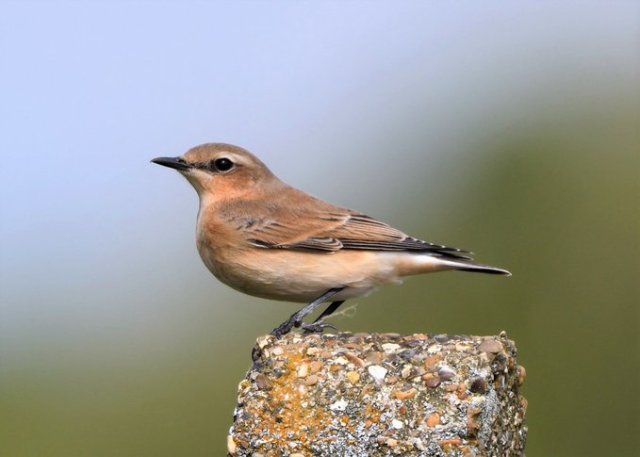 Hot on the heels of the autumn’s first Northern Wheatears, last week, came up to eight more, with singles at Pitsford Res on 11th and 14th, three at Fleetland Farm and two at Harrington AF on 13th and one at Clifford Hill GP on 15th. Hopefully, there will be many more to come before the autumn’s out.