A largely dry and relatively warm week, initially dominated by a light south-westerly airstream while the latter part saw coastal drift migrants arriving on easterlies resulting from a broad area of high pressure over Scandinavia. Perhaps associated with this was an exceptional total of two hundred and twenty-two Blackcaps trapped and ringed at Stanford Reservoir on 2nd, while more passerine migrants were clearly in evidence in other areas …

The two Barnacle Geese present at Hollowell Res all week were joined there by Pitsford’s two Ruddy Shelducks on 30th, although they had returned to Pitsford Res by 5th. Hollowell also produced three Pintails on 1st and two Garganeys on 30th, while another Garganey appeared at Summer Leys LNR on 4th, remaining there the next day. Red-crested Pochards remained at Pitsford Res all week, with numbers there rising from five on 30th to nine on 5th.

Unsurprisingly conforming to the local trend was another single-observer sighting of a fly-over Glossy Ibis, this time reported from Harrington AF on 1st, while raptors were thin on the ground but included single Ospreys on 30th at Pitsford Res and at Wakefield Lawn Lake and Peregrines were reported from Blatherwycke Lake, Blueberry Farm, Borough Hill and in the east Northants Nene Valley.

Waders continued to trickle through in small numbers. The autumn’s first Golden Plover flew over Pitsford Res on 1st, four Little Ringed Plovers were at Hollowell Res between 30th and 2nd and one visited Clifford Hill GP on 5th, while three Ringed Plovers were also at Hollowell Res on 2nd and singles visited Clifford Hill GP on 30th and 5th and Pitsford Res on 4th.

Fly-over Curlews appeared at Harrington AF on 3rd and Ravensthorpe Res on 5th, while a Knot dropped into Clifford Hill GP, also on 5th.

Four Dunlin at Hollowell Res on 30th-31st had dwindled to one there on 1st, while six were at Clifford Hill GP on 30th with four there on 5th and one visited Pitsford Res on 2nd.

At least two Common Sandpipers were found at Pitsford Res, Hollowell Res, Clifford Hill GP, Stanwick GP and Moulton Quarry with no more than two at any one site, while the only Green Sandpipers this week were two at Wakefield Lawn Lake on 30th, one over Pitsford on 2nd and three at Daventry CP on 5th. Numbers of Greenshanks remained low with just one at Wakefield Lawn Lake on 30th and two at Sywell CP on 4th, while just one Redshank was found – at Hollowell Res on 31st – and another Spotted Redshank appeared briefly at Stanwick GP on 3rd with two Common Snipe there the following day.

Scarce gulls continued to feature, although not in any numbers. The only Mediterranean Gulls this week were a juvenile at Pitsford Res on 31st, an adult at Daventry CP on 2nd and a first-winter there on 5th, while Stanwick GP produced a juvenile Caspian Gull on 2nd and 3rd, while continuing to host reasonable numbers of Yellow-legged Gulls, with a maximum count of approximately fifty there on 4th.

Smaller numbers of Yellow-legged Gulls found elsewhere included singles at Daventry CP, Clifford Hill GP, Hollowell Res and Pitsford Res. The only Black Terns this week were two at Hollowell Res on 1st and 2nd and one at Pitsford Res on the last of these two dates.

The two Turtle Doves remained at Harrington AF until at least 1st and, on 30th, three Ring-necked Parakeets were in Brackmills Wood, Hardingstone briefly before flying toward Delapre Golf Course. In what has become the best year for a long time for migrant Common Redstarts, new individuals were found near Pitsford Res on 2nd (two), at Borough Hill on 4th and at Clifford Hill GP the following day, while the run of records from Harrington AF and the wider area of the nearby Brampton Valley continued, with up to two reported on several dates at both sites.

Similarly, Whinchats were present throughout the week at the first of these latter two localities, with up to three present on 30th, the same date upon which eight were counted at Blueberry Farm, Maidwell, while one visited Hollowell Res on 2nd and, on 5th, two were at Borough Hill and five appeared at Clifford Hill GP.

By contrast, Northern Wheatears remained relatively scarce with singles in the Brampton Valley and at Harrington AF on 30th, two at the latter locality on 1st and one at Clifford Hill GP on 5th, while migrant Tree Pipits appeared to be more in evidence than is usual with singles at Pitsford Res on 30th, Brixworth on 1st and Borough Hill on 5th and two flew over Hanging Houghton on 2nd, four were at Borough Hill on 4th and one or two at Harrington AF the following day. 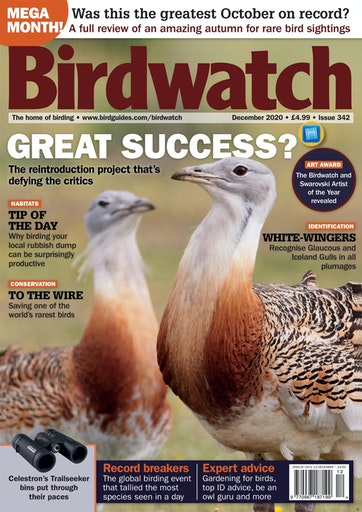