The country remained largely under the influence of a south-easterly airstream for much of the week, with overnight temperatures low enough to produce frost on two consecutive days in the early part. Otherwise, intermittent mist, fog and drizzle produced murky conditions which hampered birding to some extent.

The two Ruddy Shelducks remained mobile around Pitsford Res, being seen only on 27th this week, at the same time that Red-crested Pochard numbers appeared to have fallen to just three there, although Wicksteed Park Lake, Kettering still mustered two on the same date, remaining until 28th. Meanwhile, the Daventry CP female Scaup appears to have vacated the site while, up and over to the north-east a bit, a first-winter drake was discovered at Hollowell Res on 24th, remaining there throughout the week.

All three Great White Egrets were on show simultaneously at Pitsford Res on 23rd and another – presumably last week’s Nene Valley wanderer – but in a brief appearance at Summer Leys LNR on 26th. The Black-necked Grebe was still on Town Lake at Thrapston GP on 28th and raptors were again thin on the ground – and in the air – with just two Peregrines over Badby on 22nd and singles at both Stanwick GP and Summer Leys LNR on 24th.

Small numbers of Golden Plovers were reported intermittently from Clifford Hill GP while approximately two hundred were counted at Summer Leys LNR on 24th and a belated report of some four hundred last week on the recently reprofiled scrape at Ditchford GP’s Irthlingborough Lakes & Meadows reserve is encouraging for the site. On 22nd, three Sanderlings circling Clifford Hill GP’s main barrage lake before heading off west represented a most unseasonal record for this species in the county as most occur as spring passage migrants in May. The same site also held two or three Dunlins on the same date while two were at Hollowell Res on 24th. This week’s Green Sandpipers were two at Ravensthorpe Res on 24th and singles there on 28th, at Stanford Res on 27th and Ecton SF the following day, while twos of Common Snipe were at the latter site at the same time, at Pitsford Res on 26th and at Clifford Hill GP on 27th.

Adult Mediterranean Gulls were found at Wicksteed Park Lake on 22nd and at Hollowell Res on 27th with the latter site producing an adult Caspian Gull on 24th, two on 27th and one on 28th, while a third-winter Caspian visited Daventry CP on the last of these two dates. Yellow-legged Gulls were equally scarce with just singles at Hollowell Res on 24th and 27th with two there on 28th and one at Ravensthorpe Res on the same date.

Scarce passerines are always at a premium by the time we get to November but noteworthy this week were Central European Blackcaps – all males – with two in a Duston,

Northampton Garden on 22nd-23rd, two in a Kingsthorpe, Northampton garden on 25th and one in a Wellingborough garden on 27th-28th. The only other wintering warbler reported was a Chiffchaff at Clifford Hill GP on 22nd, although there must surely be more … A single Stonechat was at Summer Leys LNR on 23rd while the usual two were at Hollowell Res all week, the latter site producing a Snow Bunting on 27th. 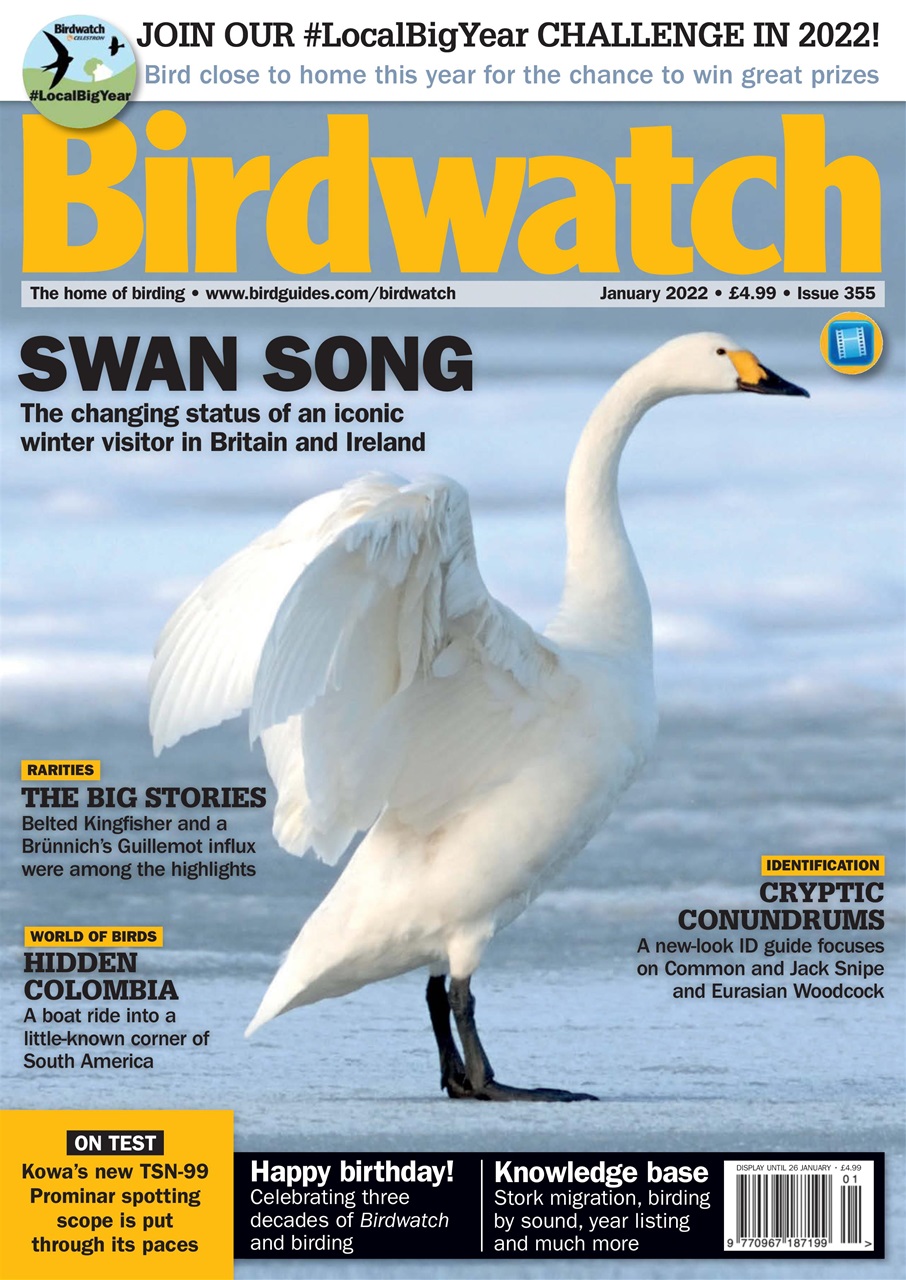