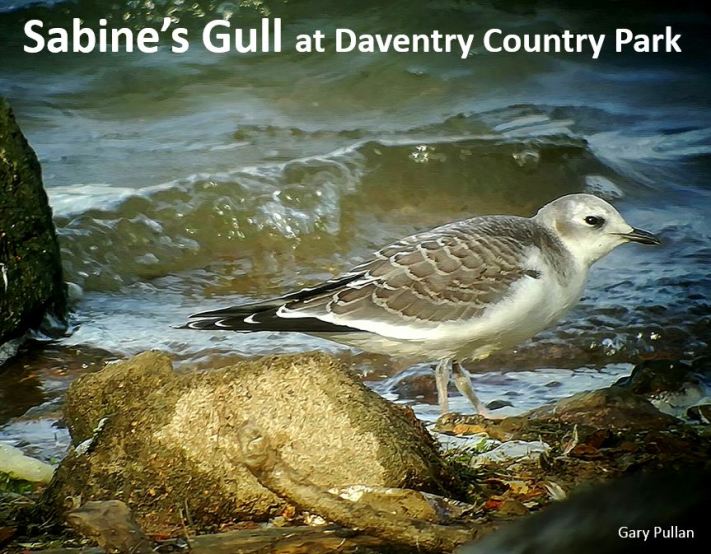 Wednesday 13th September. In the wake of Storm Aileen it was difficult to believe no displaced seabirds would have occurred in Northants. On cue, then, a juvenile Sabine’s Gull arrived at Daventry Country Park at 16.30 and was picked up straight away by Gary Pullan as it circled the northern end of the reservoir.

It soon settled down and spent the next two days in the vicinity of the dam, occasionally flying off north but habitually returning again after only short periods of absence. It is still present today (15th September).